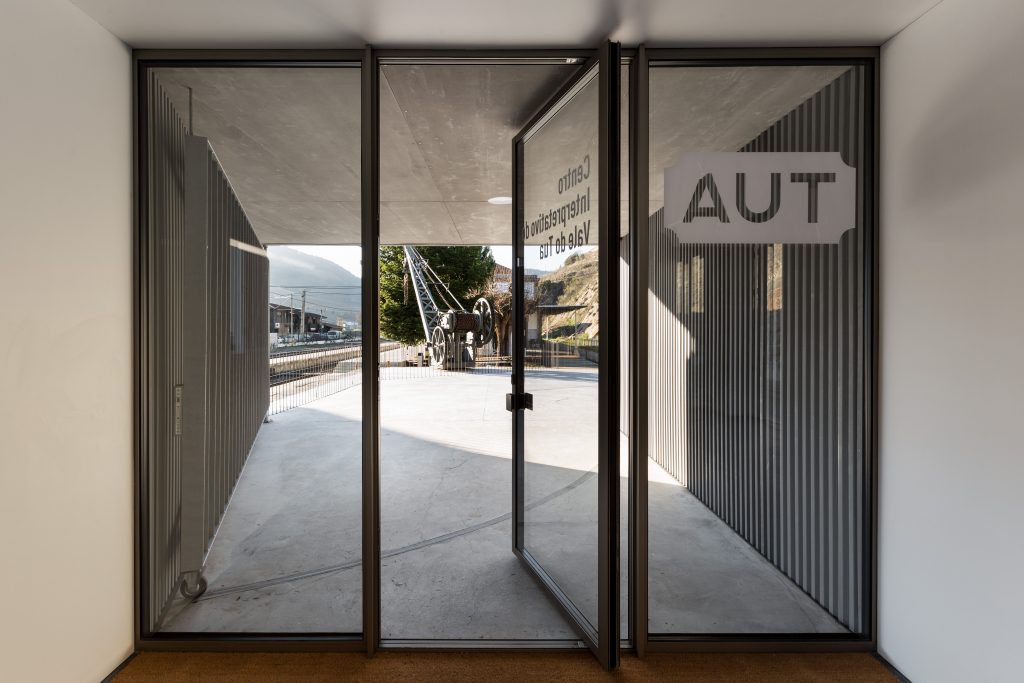 The role Viroc played in the Vale do Tua Interpretation Centre

Viroc played an important role in building the Vale do Tua Interpretation Centre. The project involved two old railway warehouses that were vacant at Tua station, on opposite sides of the River Douro railway line. They retained an industrial look while avoiding monotony, thanks to the Viroc Grey (Viroc Cinza). Find out about the project in this article.

Transforming a facility while preserving its memory is always a challenge, and doing it in the backdrop of the Douro landscape is both a privilege and a responsibility. Both buildings – north and south – had different characteristics within the railway context, and it was necessary to take advantage of this essence while adapting their functions. 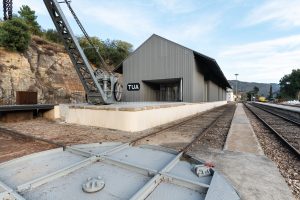 The south building is now the reception and welcoming area for visitors to the Interpretative Centre. The wooden beams were restored one by one keeping the atmosphere of the building by emphasising the original architecture. The north building is more industrial, containing metal materials ranging from the walkway to the walls in corrugated zinc.

The Viroc Grey inside these buildings was a continuation of an industrial and raw architecture, as well as solving structural and construction constraints. These composite panels combine the flexibility of wood and the endurance and durability of cement, which is especially useful to withstand the vibrations caused by the trains travelling along the Douro line. 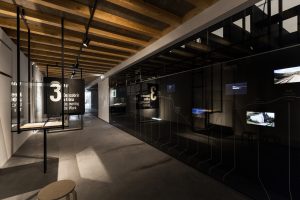 The Viroc Grey flagstone that was used to build a mezzanine was designed to support great weight and the 30-metre long bay. A wooden layer was applied on the upper surface, and on the lower surface the Viroc Grey remained in view, harmoniously fitting in with the screed floor. Viroc Grey was also used in the entrance lobby of the south building, in the outdoor false ceilings. 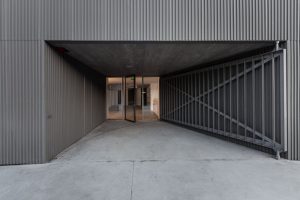 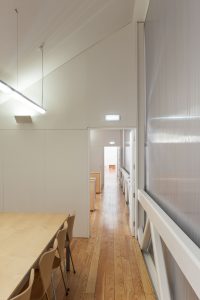 The Vale do Tua Interpretive Centre project, designed by Rosmaninho+Azevedo Architects, was an aesthetic and structural challenge. On the one hand, it intended to preserve the essence of the buildings and the railway context; on the other hand, it was essential to build it using materials that would withstand and adapt to the vibrations. Viroc Grey was chosen to fulfil the two objectives: it stands out as a structure of an industrial nature in appearance, which combines flexibility and endurance. The material ended up playing a leading role in this project.