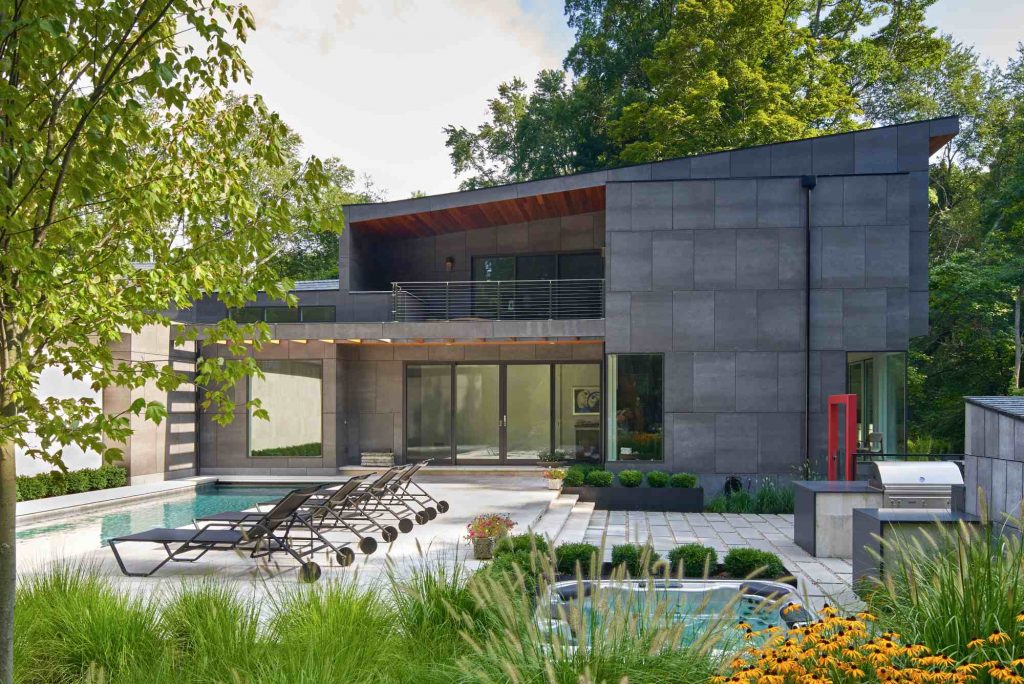 Functionality and aesthetics in ventilated facades of buildings

The facade is the identity of a building. Considered by many as merely an aesthetic item, as the lining of the construction it directly effects the internal conditions, namely the thermal and acoustic comfort of the building, as well as influencing its environmental and structural safety and the privacy of its users. For decades the building industry has been studying facade systems in an attempt to combine aesthetics with a good thermal performance and lower construction costs.

The ventilated facade system has proven its efficiency for more than 30 years. At a time when low energy consumption matters like never before, the system contributes to cutting electricity costs and serves as a lining that conserves the structure and prolongs the lifespan of the building.

Very old examples of this concept of the facade can be found in the United States and England, where some historical buildings have a second facade in stone or brick, which is erected separately from the structural wall. The modern system, consisting of a fixing support, an air cavity, clamps, lining material and open joints creates a separate lining that is independent from the building’s structure, which is crucial for the success of the system.

The cavity formed between the two walls, which is between 20mm and 150mm wide, acts as a cushion of renewable air. This sheet of air is the dominant feature of the ventilated facades, an effective and natural ventilation system that triggers the chimney effect, with the constant exchanging of air lending greater comfort to the inside of the building. This space between the structure of the building and the outer structure can also be filled with insulating material, which in colder locations with rigorous winters helps to keep the heat inside.

With the emergence of lining materials that combine excellent technical and aesthetic properties, ventilated facades can be created that are highly efficient, provide strong resistance to temperature variations and the atmospheric agents in general, and allow endless possibilities in terms of design, colours and finishes. Among these materials, Viroc stands out as an excellent option for lining ventilated facades.

A wood and cement panel, Viroc offers beauty and a variety of colours allied to the flexibility afforded by wood and the strength of cement. It is highly adaptable to temperature variations in the structure of the buildings. The Viroc panels, duly fixed to the substructure but separate from one another, are free to expand in accordance with their own coefficient thanks to the elasticity of the fixation. Hence, the panel does not suffer any relevant addition forces that may cause deterioration in the facades and which would necessitate repeated maintenance work, as happens in conventional facades.

Ventilated facades with Viroc panels bring some big advantages. An endless number of possibilities for creation are provided by the cement, and can be combined with other materials. With regard to the reduction in energy consumption, the benefit is undeniable. Additionally, there is no need for frequent repair work, which reduces the risk of cracks and damage on the facade. If a panel is damaged, for example, it can be easily replaced, as the system allows a simple intervention in each panel separately, allowing a quick and complete renovation of the building by replacing and repainting the panels, completely changing the outer appearance. It is a non-destructive, clean and swift construction, that can be widely used in new constructions or refurbishments, in commercial or residential buildings.

Discover the many ventilated facade projects that use Viroc all over the world.